When the first Injustice game launched in early 2013, it was a pleasant surprise. It wasn’t just a reskin of the current gen Mortal Kombat games with DC characters like many expected, it was a totally unique game with a deep story, great characters and some of the best fighting in a recent game. As good as the game was though, it did suffer from some issues. So now, 4 years later, a sequel is finally upon us. The question is it just a just a rehash of the first one or does it improve on it? 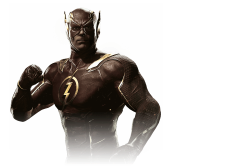 STORY: Set a few years after the first Injustice, Superman is still in captivity and Batman is slowly returning the world to the way it was. Most of the surviving heroes and villains have teamed up to restore order, save for a few who still support Superman’s regime. When a new faction starts to form, led by the nefarious Brainiac, old enemies must unite to take down a common foe. Trusting each other may not prove to be easy, however.    C+

CHARACTERS: A whopping 28 different DC characters make up the current roster, with 9 more on the way. That’s a pretty impressive total no matter which way you slice it. Old favorites like Batman and Harley Quinn are mixed with new characters such as Gorilla Grodd and Poison Ivy. They all have distinct skills and moves that make each one different than the next. While they aren’t all playable in the story mode, most serve a purpose (two of them are wasted to be honest) and are important to the plot. Even the pickiest of people should find a few characters they enjoy fighting as.     A 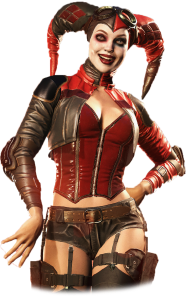 GAMEPLAY: Many games in the last few years have balanced single player and online content, but this may be one of the best mixes of content to date. For those that enjoy single player content, there is the story mode that comes in at around 8 hrs. There is also battle simulations, one-on-one fights with the AI, and the massive multiverse which gives you constant, always changing fight challenges. As for those who like their multiplayer, there’s online 1-vs-1 fights (both ranked and unranked), king of the hill matches and the ability to create private rooms for you and your friends to play as you want.     A+

COMBAT: As with all fighting games, there can be a somewhat difficult learning curve if you’re new to the genre. Every single one of the 28 playable characters is distinct, and what works for one may not work for the other. Most special moves are broken down into a 3 or 4 button input, which are fairly easy to pull off. If you want to chain multiple moves together, it can take precise timing. Every stage has interactable objects that you can use if you’re fast enough, and can quickly give you a leg up in battle. You also need to make important decisions in regards to your power meter – do you save it so you can pull off a super move for massive damage, or use some of it to do a meter burn that can turn even the most basic combos into deadly attacks (if used correctly).    A 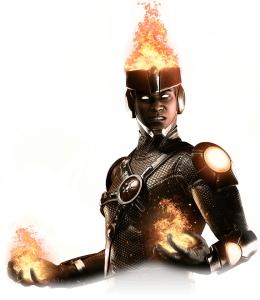 GRAPHICS: When comparing Injustice 2 to the first game, this is one area with the biggest improvement. While the original game was pretty good looking, some of the animations were somewhat bad (especially the character faces). Everything this time out is much more realistic, aside from a few graphical hiccups, this is the best looking current gen fighter on the market. As a matter of fact, this may e the best looking superhero based game, period.     A

MULTIPLAYER: As fun as fighting games are, multiplayer is almost necessary for long term success. As stated above, this game has a lot to offer for those who want to play either online or in local co-op. Finding a match usually takes no more than a few seconds, so there is hardly any downtime. There are two significant problems with the online component however, though they may be fixed in the future. The first is that the player balancing isn’t exactly fair. On my third ranked match on launch day, I was paired with someone 32 levels higher than me and with a fully geared out character. I couldn’t even get a shot in before I was out. This is frustrating, especially for new players (how someone got that high in level only an hour after launch is another question entirely). The other problem is that people can just randomly quit matches if they’re losing without fear of repercussions. Sure, it counts as a loss, but it has no impact on the game other than the win/loss ratio. Many other online games give temporary suspensions for these type of actions – it would be nice to see it implemented here.     B 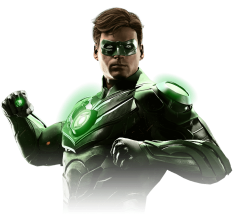 REPLAYABILITY: Unless you’re just playing for the story mode, there are literally countless hours that can be spent on the game. Hell, even the story mode has branching paths and different endings that make it repayable. The multiverse mode is constantly refreshing, so it’s highly unlikely you’ll ever pay the same mode twice. Nearly every game mode rewards players with loot boxes that drop gear that can be used to customize your favorite characters or, if you’re lucky, new moves. Every time you fight online, you should be matched with someone new. There so many things to keep you occupied that even if you dislike a certain aspect of the game, there is enough other options to grab your interest.     A+

FINAL THOUGHTS: Yes, Injustice 2 improves on its predecessor in almost every possible way. Pretty much everything great about the first game is now better. The only thing that is a bit disappointing is the actual story is somewhat lacking. While Injustice dealt with morality and friends becoming enemies, the sequel is just a traditional everyone vs. the bad guy story. It’s still a good story, just not up to the level of the first. Much like the Suicide Squad movie, the Joker is completely wasted in story mode which may upset some people (though this version is clearly modeled after the SS version). Considering how many characters were nothing more than background cast in the first game, this is a vast improvement. With countless things to do in the game, I highly recommend giving this one a try. Whether you are a fan of fighting games, love DC superheroes, or just a casual gamer, there is something for you.

One thought on “Injustice 2 Review”